Winti is an Afro-Suriname religion and culture with a strong social foundation. Winti has its own reference of notions and core symbols: the four elements: Mother-earth, water fire and air-and its own magical ritual acts as wel. They all serve to create and to keep the balance between the seen and unseen forces of nature. Winti underlies a complete philisophy and spirituality which implies religious, magical, medical and social facets. In fact it covers and influences all the aspects of human existence. Spirituality and magic (not to confuse with black magic) play a fundamental role. Magic between the worlds of men and the spirits of the elements between men and nature and between men and his ancestors. The core and the most spectacular phenomenon is the trance. It serves as the condition to communicate with the spirit of the elements and with the ancestors. Trance is magical yet it is a natural spiritual state. It connects nature and supranature.
Apart from the spiritual aspect, man`s way of living and his relation to all things that surround him are also very important.
When we speak of "all that man surrounds " we want to indicate:
1.  The individual soul or " Kra"
2.  The spirits of the ancestors
3.  The world of the spirits of the elements and of  Mother nature
4.  The soul of other human beings.
From birth until death and even after that, one can find refuge, support and assistance in the Winti-culture. Due to slavery it has been oppressed strongly but in the last few years it has been revived vividly.
Winti-religion has its roots in Africa and is spread all over South and North America, however there are some striking similarities with Asian Shamanism, Buddhism and other world religions.

Some photo's of Winti rituals 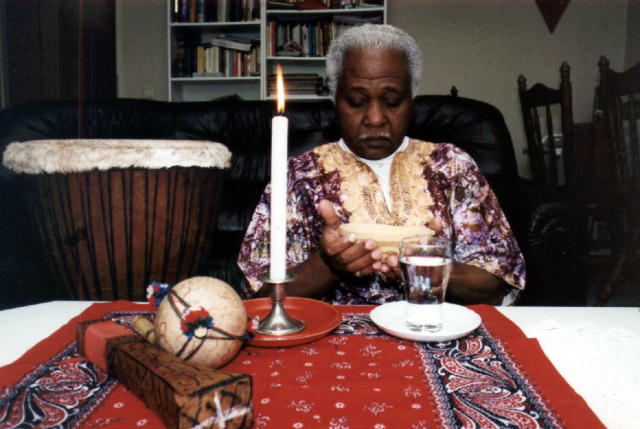 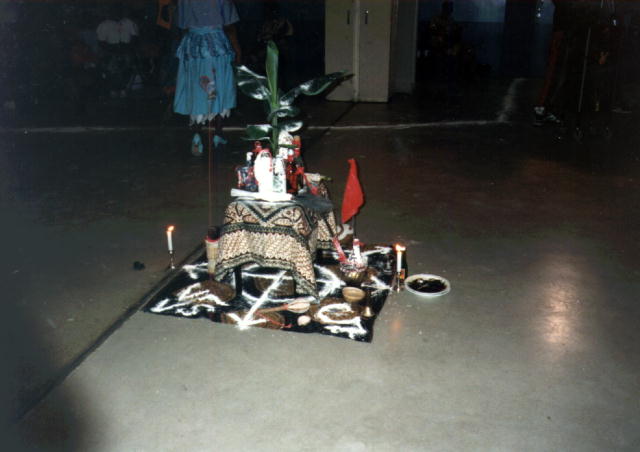 Posu An offer shrine made especially for important ceremony. 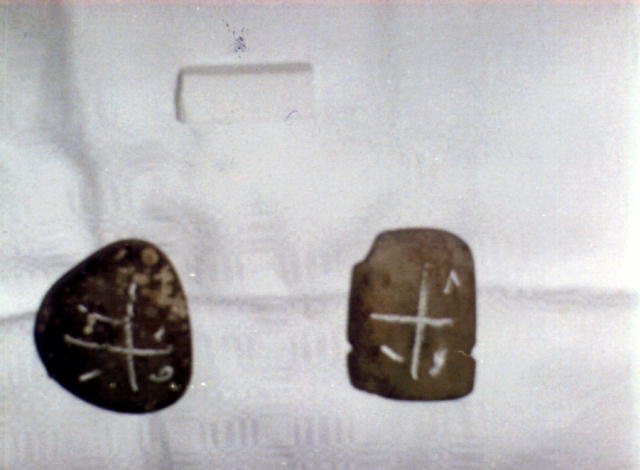 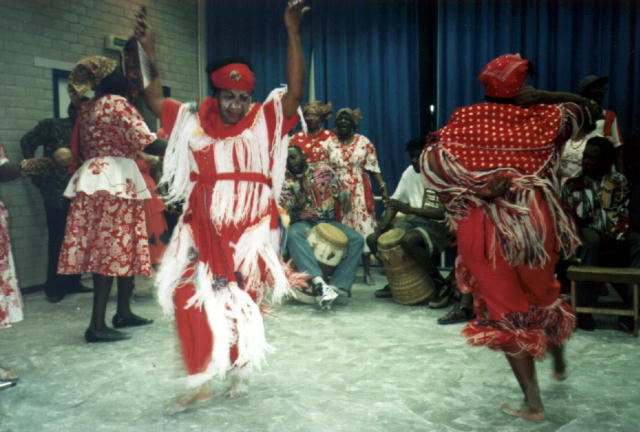 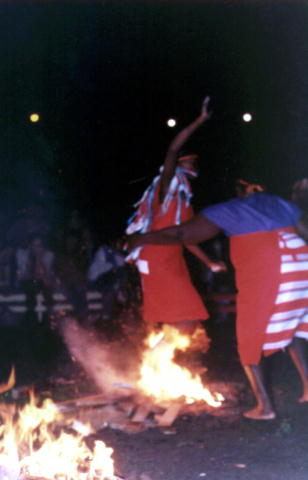 Firedance (Organized by the author, held in Amsterdam, The Netherlands, 1993)